Emperor of All Maladies is an artfully crafted history of cancer, delving into the political, economic, scientific, and personal faces of the disease. The thoroughly entertaining book cements Siddhartha Mukherjee one of my favorite biographers and science writers. 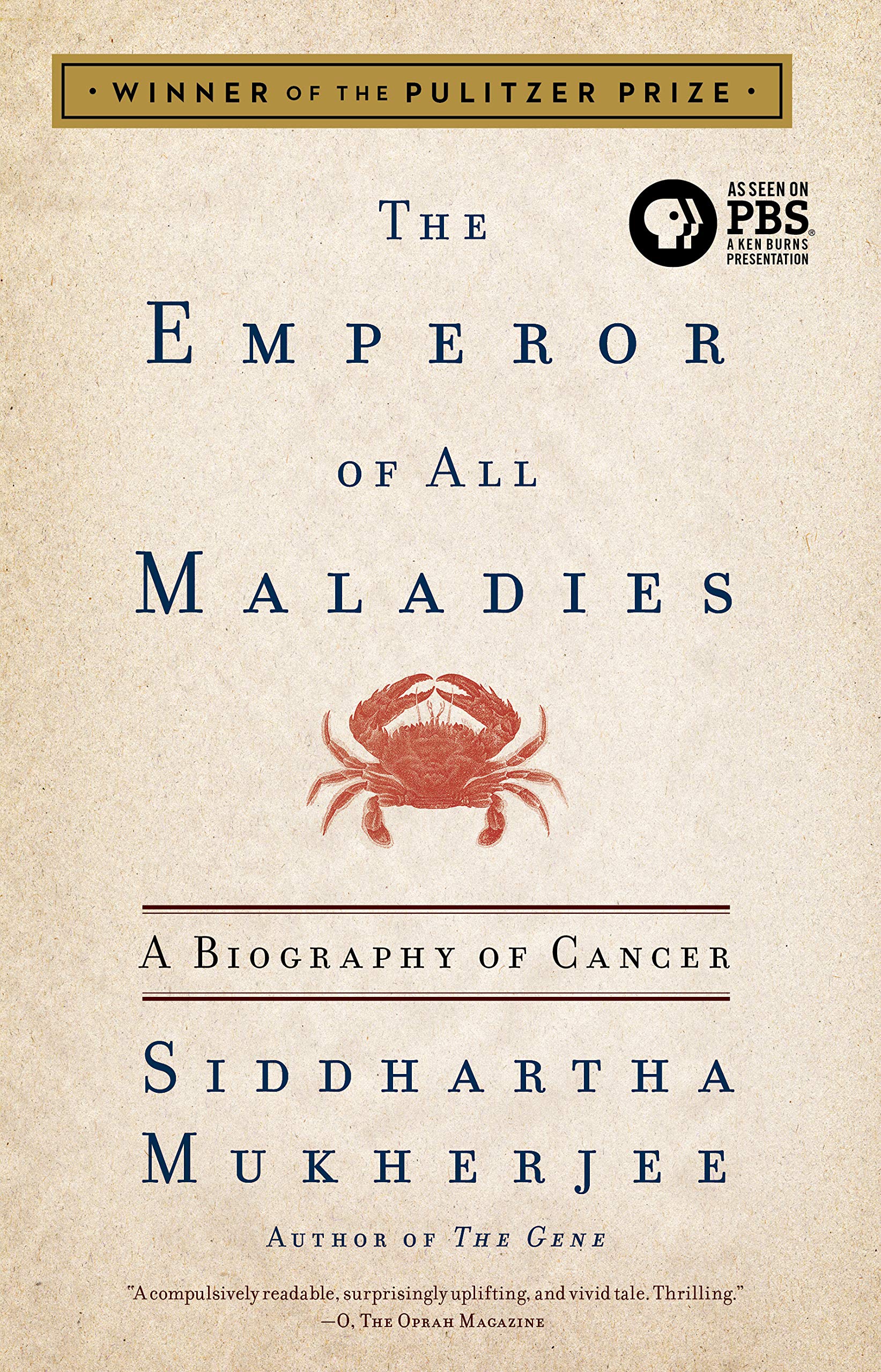 As a subject that touches so many lives, learning about cancer was personally rewarding. It also provided important backdrop to work I had done before at the National Cancer Institute, which plays a prominent role in the story. The book explains some of the mechanisms of cancer, as well as the history of treatment and prevention. For such a large book, it moves at a fairly good pace, although some sections were a bit of a drag to get though.

Mukherjee is an amazing writer. When I first flipped through the book, I winced at the technical words and long sentences. My gut reaction was misplaced. Despite tackling such a dense subject, Mukherjee is great at building in narrative and sustaining tension. Some sections were genuinely horrifying; I was gripped.

Cancer is an age-related disease that occurs in all civilizations. Carcinogens increase in the risk of cancer by inducing more mutations in DNA. Two genes play leading roles in cancer biology. First, proto-oncogenes induce cell growth and are permanently activated in cancer cells. Second, tumor suppressor genes slow cell division and repair DNA; they fail to function in cancer cells. The hallmarks of cancer are self-sufficient growth signals, resistance to growth-inhibitory signals, evasion of programmed cell death, limitless replication, angiogenesis (the capacity to withdraw blood), and metastasis (spreading throughout the body).

History of the War

The earliest treatment was mastectomy, a breast cancer operation that removed the entire breast. Halsted pioneered radical mastectomy, a more extensive operation that also removed nearby muscles, with the goal of preventing remission. Chemotherapies can be traced back to mustard gases that destroyed white blood cells, later on used to treat leukemia. Many cell-attacking cytotoxins could be combined into a chemo-cocktail for greater effectiveness.

Some scientist turned towards prevention. A concerted effort by NGOs forced the government to fight big tobacco and decrease smoking rates. Carcinogens besides smoke continue to be discovered. Targeted cancer therapy is the newest frontier, including antibodies like Herceptin which bind to the mutated genetic sequence.