Jonathan Safran Foer’s Eating Animals unveils the cruelty you and I inflict every time we consume animal products. Half memoir and half journalism, Foer’s argument spans from dinners with grandma to horrific scenes at the slaughterhouse. He implies that we should be vegan, or at least support ethical farming practices. 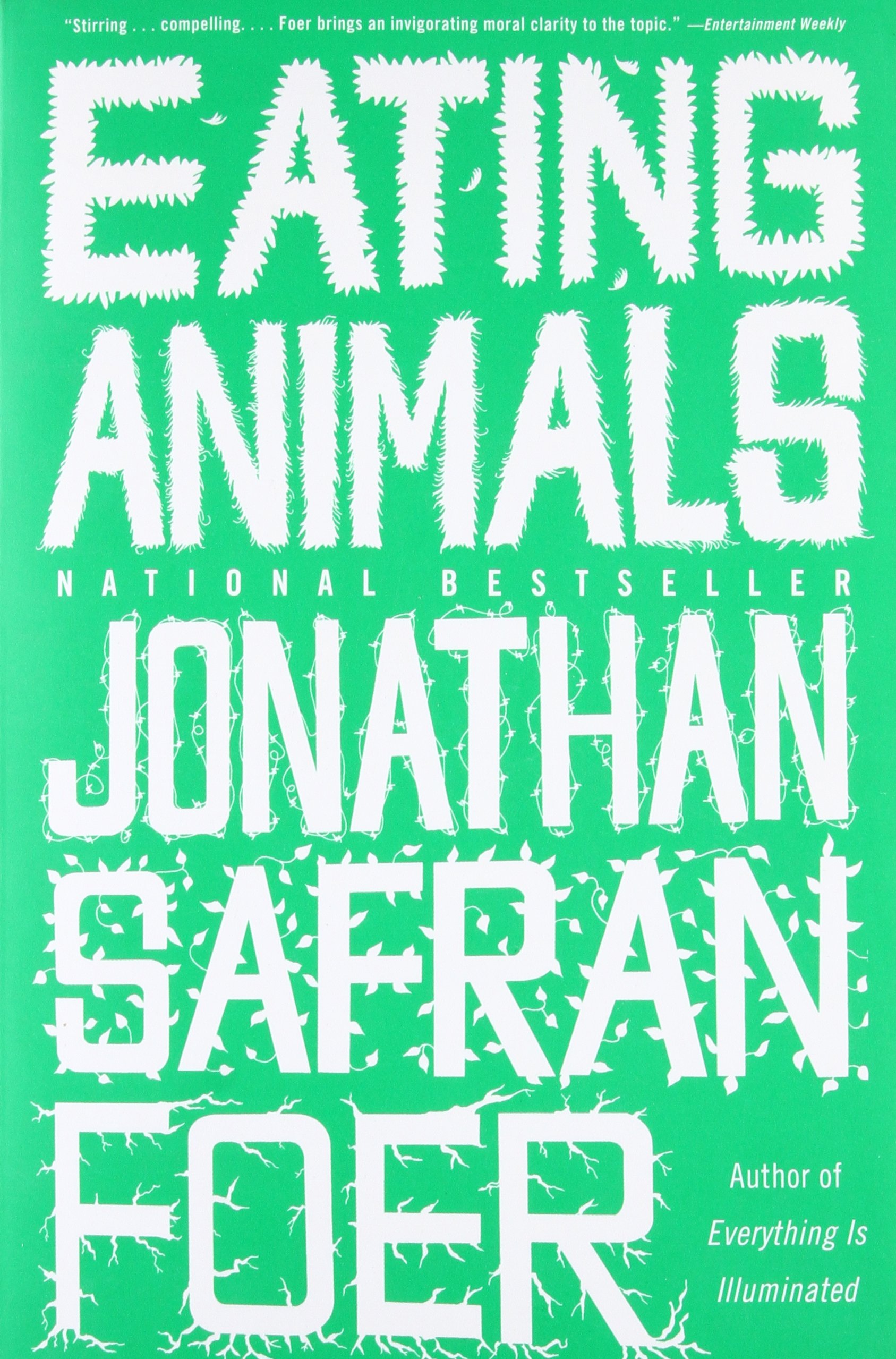 Utility: ⭐⭐ (2/5) Foer’s book doesn’t add much of substance. It felt like a pretty recapping of everything we already know about factory farms, intertwined with personal narrative. Some bits on worker experiences, disease risks, and political entrenchment were interesting, but not well fleshed out. A book full of visceral depictions but few substantive points. It failed to answer the question: why should I care about animals?

Writing: ⭐⭐⭐⭐ (4/5) Foer’s book partially redeems itself with good writing in an innovative form. For example, one section is structured as an alphabetized dictionary, interspersed with biting commentary from the author. Certainly an entertaining read.

Chicken are raised and bred in cramped, dark rooms infested with disease and dung. They are genetically engineered to grow fast and plump, so much so that they could never survive on their own. Fish are painfully mass-farmed and often attacked by sea lice. Despite their intelligence, pigs live similarly cruel lives, lacking free range and social hierarchies. Cows do have better lives, but all farmed animals share the same fate—slaughterhouses that often inflict a needlessly painful death. These farms simultanouesly produce massive carbon emissions, rob the ocean of biodiversity, and support abysmal working conditions.

Ethical farms are few and far between. Some farms have tried to support free range chickens and poultry, but they often face ruthless competition from corporate factory farms. Part of the problem is that corporate farmers have strong political ties that shelter them from regulation. In the short term, the only ethical choice may be some form of vegetarianism.